Opioid Addiction: A Brain Disease. So Why Don't You Believe It?

Opioid Addiction: A Brain Disease.  So Why Don't You Believe It? 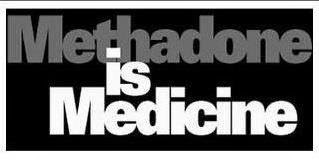 Since opioid addiction was first documented in the United States following the U.S. Civil War of the 1860's and dubbed "the Army Disease," through the synthesis of heroin a couple decades later and its marketing by the Bayer Company as a "wonder drug" into the early 1900s, its rise among minorities and the poor in the mid-20th century, to its resurgence in the middle class today due largely to the rise of the "pill mill" and Purdue Pharmaceutical's effective marketing of OxyContin during a time the American Medical Association was decrying the "under treatment" of chronic pain,  dependence on opioids has long been referred to as a "disease." But an unfortunate reality remains that many, including the 12 step fellowships like Narcotics Anonymous, call it a disease yet don't truly embrace the disease theory due to their rejection of its medical treatment.  So why is it that many today, even within the field of substance use and medication assisted treatment, don't fully believe or embrace the disease concept?
Read more (Full post)»
2 comments: Links to this post