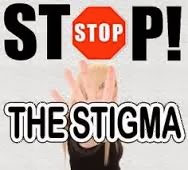 In the last month, our Internet news sources have been running wild with stories of the mysterious drug Krokodil, complete with gory images of the flesh-eating damage that users experience.  Parents of drug users have been sent into a hysterical panic, wrought with worry and concern.  Former drug users have scoffed at these disgusting images as something that they were never desperate enough to do.  And everyone has been sharing these pictures and images with a nasty disgust.  I swear, I cannot get on Facebook for ten minutes without seeing another Krokodil post.  With each new story, my blood begins to boil a little more!

Email ThisBlogThis!Share to TwitterShare to FacebookShare to Pinterest
Labels: stigma