When Facing An Epidemic, Advocacy Is Key (Part 1 of 2)

When Facing An Epidemic, Advocacy Is Key

"Just that you people who are involved in advocacy, keep up the work. I have seen
changes come about because of people becoming involved. It is these who are the real heroes
in all this. Without advocacy, changes will not come about within the present system."
Dr. Vincent Dole

We are confronted with it on a nearly daily basis: prescription pain killer
and heroin addiction and abuse have risen as one of the top two causes of
unnatural death in the United States at an alarming rate. Newspapers,
television reporters, and online journals report on the rise in heroin use
and the opioid addiction and overdose epidemic more than any other
medical topic. Local governments and law enforcement agencies are
asking themselves and the citizenry, “What can we do?” as they see their
friends and family members swept up in this crisis as it plagues the
nation.

From initial concerns surrounding the under-treatment of pain in
the early 1990’s, to the rise of the “pill mill” in the 2000’s, much of this
epidemic is of our own making. That being realized, local and state
regulatory agencies and policy-making bodies have begun to target
unethical prescribing practices and tighten the oversight of medical pain
management in laudable attempts to crack down on the tidal wave of
illicit prescription opioids that flood the streets. Their noble intentions, just
like those of the American Medical Association and others who
encouraged physicians to be more liberal in treating pain in the 90’s, have
ushered in a much darker, more threatening, and vastly more dangerous
problem: the explosion of heroin use in urban, suburban, AND rural areas. 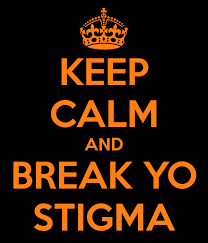 As authorities began to crack down on the problem that they helped to create, they neglected to consider the significant rise in people dealing with opioid addiction that had already been created by the explosion of prescription opioid use. In their attempts to close “pill mills” and call  healthcare providers practicing medicine unethically to task, they did nothing to offer help or hope to those already afflicted. So as prescription opioids become more expensive and harder to obtain, more and more people – professionals, soccer moms, college students, attorneys, clergy, and community leaders – have turned to the cheaper, unregulated alternative: heroin. The opioid addiction and overdose epidemic continues to rage on with numbers spiraling ever upwards and out-of-control. The question being asked by community and state leaders and law enforcement officials, “What can we do?”, does have an answer.

Advocacy is key in the midst of the opioid addiction and overdose
epidemic we are facing. Simply telling our leaders – or our family and
friends – that medication assisted treatment with methadone or
buprenorphine is the best option and most effective treatment for opioid
addiction available is not enough. We’ve got to tell them why, and to do
that each of us must know the basic facts and truth to combat the
prevalence of misinformation and stigma that is preventing us from
expanding access to treatment and saving lives. When people say that
methadone patients are as far from recovery as active heroin users and
that it’s like “replacing vodka with gin,” we must engage them patiently in
dialogue. It’s easy for many of us who know and have seen the truth and
life-saving properties of this modality – including myself – to say we
“don’t have time for stupid” and roll our eyes when we hear these myths,
but that is not going to dispel stigma and save lives. They need to know
that their perspective is not only incorrect, but that it can be deadly. We
must demolish the myths with data and make it clear that study after
study shows that when methadone dispensing increases, addiction related
deaths drop. It is superior to abstinence-only treatment in terms of
fighting HIV and overdoses, and many studies find it superior in cutting
crime. The conclusion, and answer to the question “What can we do?” is
clear-cut: Add a methadone program to your community and crime and
addiction-related deaths fall; eliminate one and they rise.

The World Health Organization (WHO), Institute of Medicine, Centers for
Disease Control (CDC) and our own National Institutes of Health (NIH) – to
name just a few – agree that methadone maintenance (as opposed to
detox or “traditional” abstinence-based inpatient) is the most effective
treatment for opioid addiction. More recently, buprenorphine has been
found to be a close second in terms of effectiveness, at least for those
who don’t require high-dose maintenance. And when people say they
“know someone who tried methadone that is still active in addiction” we
need to make it clear that it likely isn’t that methadone has failed their
friend or family member, he or she likely found a place in a lousy program
and/or didn’t put forth the effort to “work the program” to benefit from its
corrective potential. We also need to point out they are wrong about their
“replacing vodka with gin” analogy because an opioid-dependent person
can be tolerant and not impaired on a steady dose of methadone, which is
not true for alcohol.

We all must be advocates for medication assisted treatment – patients,
providers, family and friends alike – if we are to disseminate the true
answer to the million dollar question being asked by policy makers and 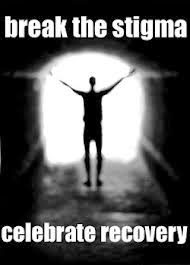 leaders across the country in all levels of government. The expansion of and removal of accessibility barriers to the medication assisted treatment of opioid addiction with methadone and buprenorphine is what “we can do.” SAMHSA’s recent toolkit on overdose prevention lists medication
assisted treatment as one of the top three things that will dramatically reduce opioid overdose and related deaths. Knowing and understanding the facts and data is of the utmost importance. It is a moral responsibility for those of us who know the truth. This is one of the two main ways we all must be advocates during this crisis facing our nation of epidemic proportions. As our slogan at NAMA Recovery says, “Together we can make a difference!”

This two part column was originally written for

, the Quarterly Newsletter of 'Opioid Treatment Providers of Georgia' (OTPG), the Georgia State Chapter of the American Association for the Treatment of Opioid Dependence, Inc. (AATOD), with Part 1 of 2 originally appearing in the October 2013 edition.
Part 2 of 2 will be published in the January 2014 edition.